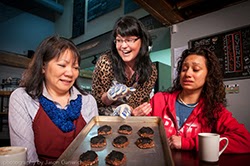 
http://dukesbay.org/
Posted by Dresdner's Theatre Reviews at 12:58 PM No comments:

The second time’s the charm
by Michael Dresdner 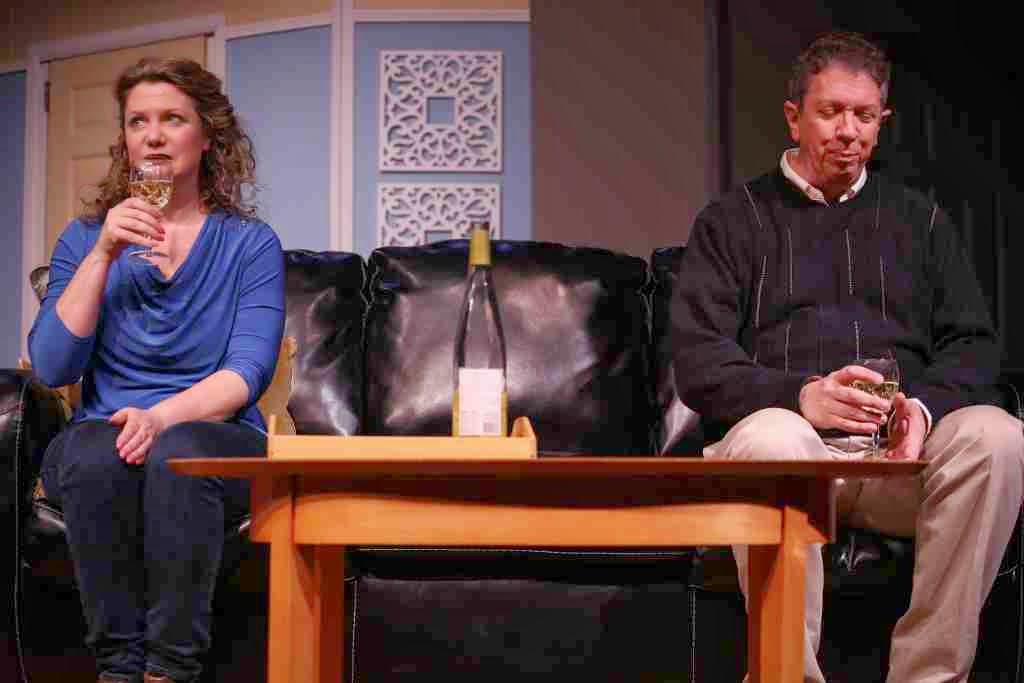 Neil Simon’s semi-autobiographical play Chapter Two, now at Tacoma Little Theatre, is in turns a funny, tender, anguished, poignant story of love the second time around. The script is reputedly based on the playwright’s meeting with and marriage to Marsha Mason shortly after his first wife died.

Under the direction of Alyson Soma, an ensemble cast of four outstanding actors soars in this superbly written play. Simply put, this production is magnificent, all the way around.

George Schneider (Robert Alan Barnett) is coming off the perfect 12-year marriage after losing the love of his life to cancer. He’s not ready to move on, but that doesn’t stop his well-meaning brother Leo (Kent Phillips) from arranging dates for him. Across town, Jennie Malone (Brynne Garman), recently divorced after a bad six year marriage, is similarly pushed into dating by her friend Faye Medwick (Holly Rose). Curiously, the two matchmakers, Leo and Faye, are in unhappy marriages and exorcise their demons with an extra-marital dalliance or two. 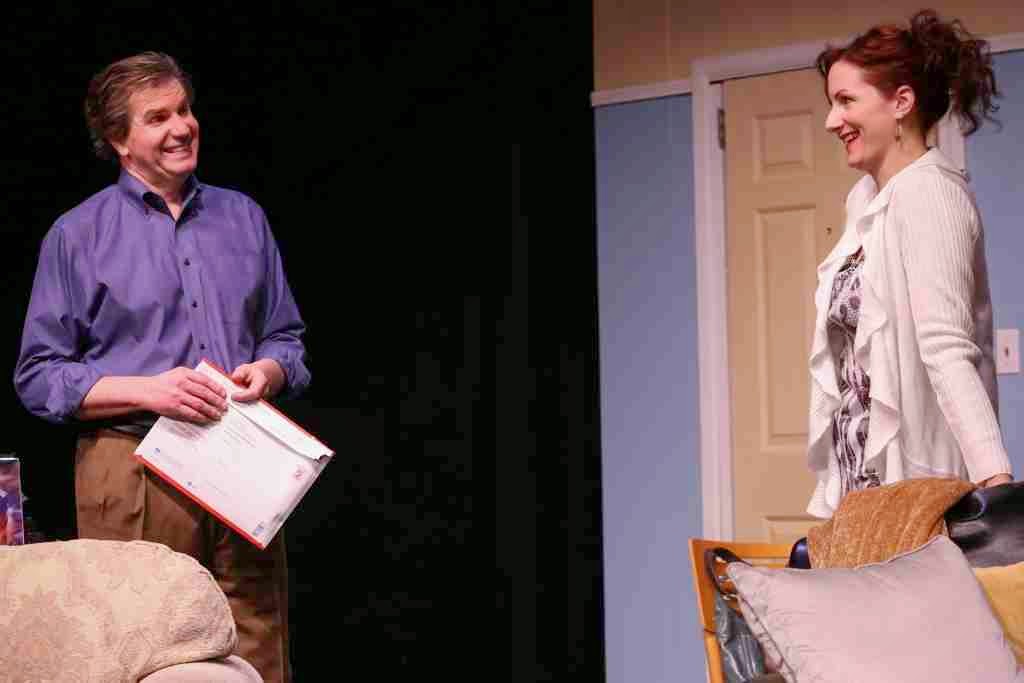 When George and Jennie reluctantly meet, the sparks are immediate. We get to watch the awkwardness, joy, and witty repartee of a clever, well-matched couple doing the mating dance while dashing headlong into almost immediate wedding plans.

However, George’s baggage soon catches up with him. He begins to derail this near perfect love out of fear that embracing this joy means being untrue to his mourning, and to the memory of his equally perfect deceased wife. As his anguish engulfs him, stalwart and loving Jennie tries to find the right words, and the right way, to prevent this new love from shattering.

An ideal ensemble cast, and this surely is one, contains actors who are excellent at crafting their characters on their own, but who also have seamless and dynamic chemistry with one another. 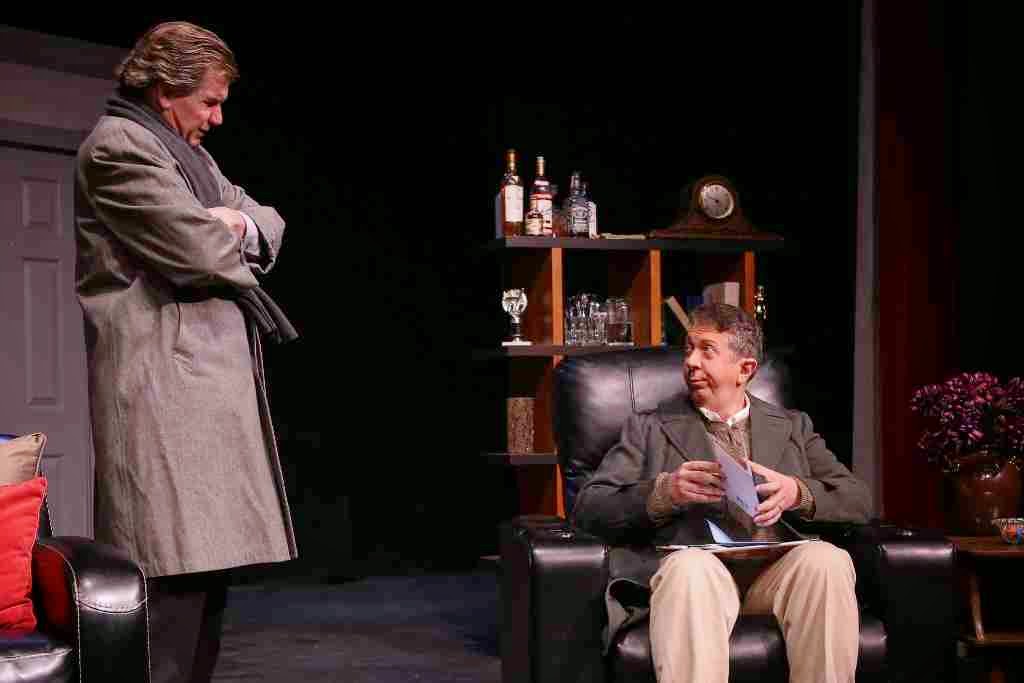 Barnett convincingly goes through the ups, downs, and doubts of coping with both loss and love, pairing beautifully with Phillips, as his adroitly played, upbeat, somewhat cavalier brother Leo. Similarly, Garman and Rose, each ideal in their individual characters, share an almost sisterly bond that rivals that of the men. 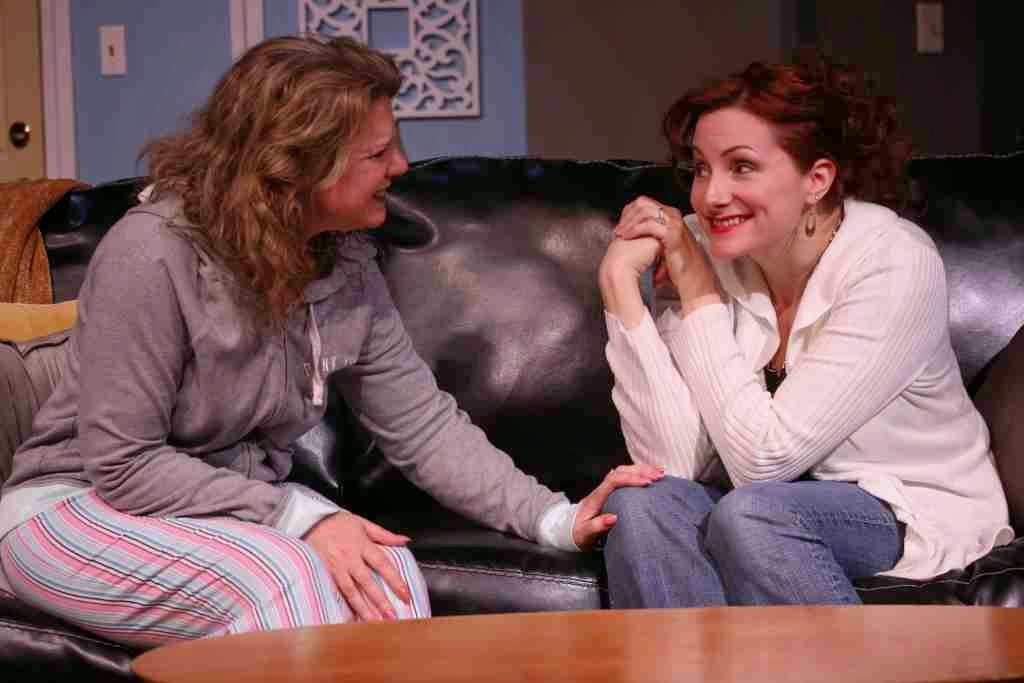 Barnett and Garman, as the newly enamored couple, are thoroughly convincing and a delight to watch together. Truth be told, there is more than a trace of Marsha Mason, on whom the character is based, in Garman’s strong and deeply devoted Jennie.

A clever and well-designed split set, built by Blake R. York and designed by Curt Hetherington and Bill Huls (who also did lighting and sound design, respectively) lets us see George’s and Jennie’s apartments side by side, merging as if by magic in a shared sofa, with lighting used to focus our attention on wherever the action is. Michele Graves does a fine job with costumes (the 1977 play is moved to more or less the present time) using them to help delineate the personalities of the characters. Ditto for Jeffrey Weaver’s props, again, deftly expressing the personalities of the apartments’ owners.

The last word? A great script, a terrific cast, and unfailing offstage support have joined to create a completely delightful theatre experience, and one you definitely should not miss.

Posted by Dresdner's Theatre Reviews at 2:35 PM No comments: