Death of a Salesman at Lakewood Playhouse 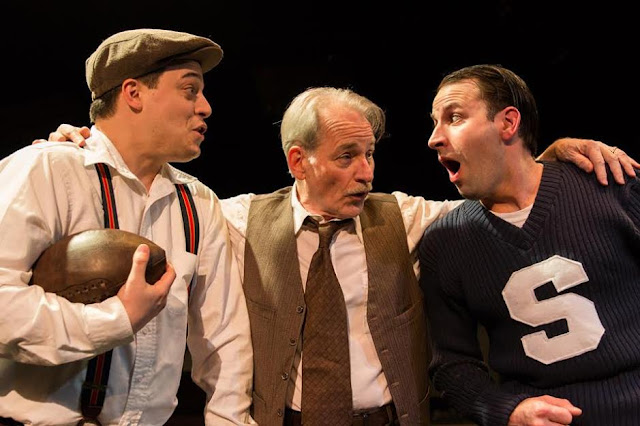 We thespian fans like to nurse the curious belief that when all the literal and figurative stars are aligned, community theatre can rival the best anything on screen or stage, professional or not, can offer. Last night, Lakewood Playhouse proved that belief at the opening of Death of a Salesman.

To begin with, Arthur Miller’s famous play is superbly written. Set contemporaneously in 1949 in Brooklyn, NY, it walks around inside the challenged and deteriorating mind of Willy Loman, a plodding salesman slipping into failure at age 63. Through flashbacks, memories, and current events we are introduced to a man baffled that his lifetime belief in getting others to admire and like him never built the bridge to success he always pictured. 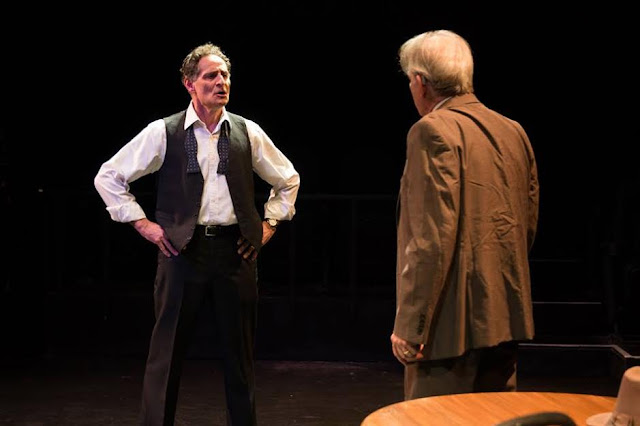 Willy’s failure to snag the ideal life he imagines for himself causes him to alternately resent or admire those who succeed, beginning with his deceased older brother, whose wealth came fast and easy. He at times idolizes and vilifies his sons, who learned from their father to present a false personal façade to the world . They are, like him, deeply flawed and on some level aware of it. His favorite older son Biff is a high school football hero whose life becomes derailed after the one-two punch of a personal failure followed by the devastating discovery that his adored father has feet of clay. His younger son Happy keeps his father as a shining example, recreating much of both the good and the bad. 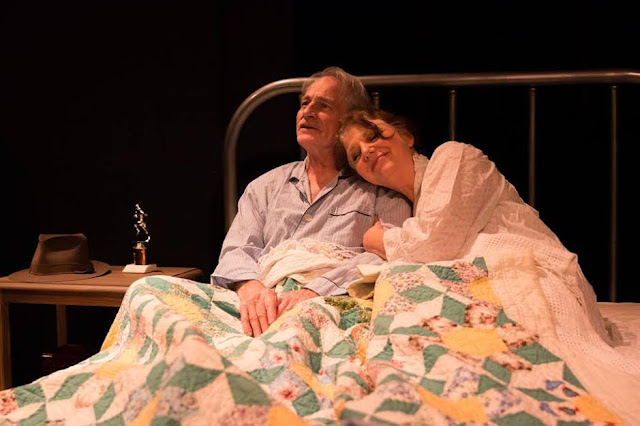 Propping Willy up is an unconditionally supportive wife who tries valiantly but vainly to protect his inflated self-image. She cajoles her sons to come to his aid and to help her save him from himself, while at times defending them to their father. With an insurance policy that means he’s worth more dead than alive, suicide seems not merely a way out, but a way for Willy to save his wife, his finances, his sons’ potential and dreams, and even his own delusional self-image.

Pacing, blocking, and a solid overall vision are all important in making an almost three hour play fairly zip past, and director James Venturini nailed them all, but the real key to creating such flawlessly amazing theatre is casting. It’s here that he really shines, putting together a top to bottom cast, each and every one of whom is stellar. 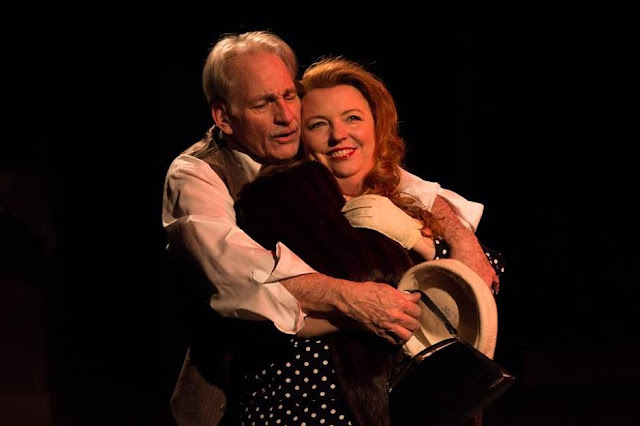 Willy Loman is the role of a lifetime for the right actor, and knowing his work, I assumed Joseph Grant would be perfect, but he went way beyond even my steep expectations. Grant dragged us into Loman’s tortured psyche and through the roller-coaster of his somewhat delusional aggrandizement, uplifting hopes, crushing disappointments, creeping self-doubts, perceived betrayals, and ultimately, unbearable helplessness. It was an expansive, wide ranging yet finely nuanced creation.

Had he been alone, it would have been brilliance enough for one play, but he was in good company. Kathi Aleman as his long-suffering wife Linda brought to life the ideal balance of believer, supporter, and protector of her husband and sons. She crafted a perfectly believable wife and mother desperately trying to staunch the leaks in the cracking dike of what should have been their American Dream life.


Tim Samland gives us Biff, the high school hero quick to take advantage of his adoring fans, including nerdy neighbor Bernard (Charlie Stevens) who ultimately makes good, just like his stolid and tolerant father Charley (Martin Goldsmith.) When a failed class sends Biff running to his father for salvation, he instead discovers him in a dalliance with delightfully giggly Shelleigh-Mairi Ferguson, and the betrayal makes him see his erstwhile hero as a fraud. Like a caroming billiard ball, his life heads off in another direction, but never really finds its mark. The scene between Samland and Grant where they confront, accuse, attack, and ultimately hug one another in tears is one of the most powerful and finely crafted pieces of acting you’ll ever see. 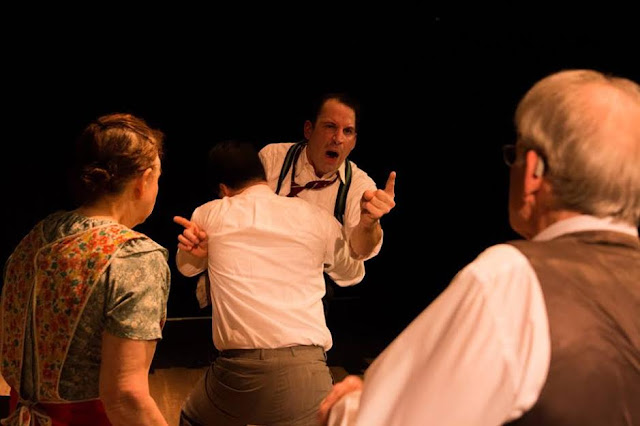 Gabe Hacker is wonderful as Happy, the younger son who follows in his father’s footsteps trying to smooth things between people, paint himself larger than reality, and get others to admire him, even if it takes a lie to do it. The rest of the cast holds their own as well in this estimable ensemble.

An impressive set by Blake York, replete with floating vaulted ceiling beams, established exactly the house we needed to imagine. Costumes by Rochelle-Ann Graham were excellent, as was the subtly supportive sound designed by John Munn, props and set dressing by Karrie Nevin, and lighting (uncredited.) It was all part of a perfect package.

Look, this is not fluff or light fare. It’s long at almost three hours with intermission, but it is completely captivating and the time flies by. Be warned that you will be put through the wringer emotionally as the characters’ internal pain, delusion, and disillusionment is laid bare. Talk about bated breath; there were scenes when it seemed as if no one in the audience was even breathing.

But when such intense drama is presented so masterfully, and by such skilled, nuanced, and brilliant performers, it is worth the pain. I doubt you’re likely to see a better production of this important work anywhere or at any time. Grit your teeth, gird your loins, and put yourself in this cast and crew’s capable hands for the theatre experience of a lifetime.

Death of a Salesman
Feb 19 to Mar 13, 2016
Lakewood Playhouse
http://www.lakewoodplayhouse.org/

Photos by Tim Johnston
Posted by Dresdner's Theatre Reviews at 2:03 PM No comments: