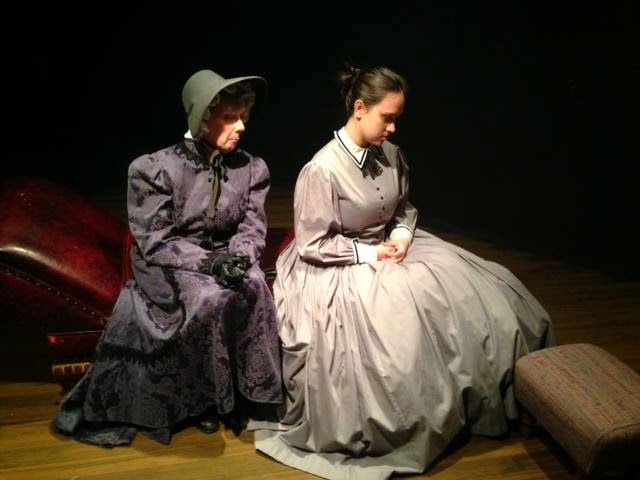 If you go to Little Women at Tacoma Youth Theatre, what you will see is an excellent production of a one act, one hour morsel of this well-known story.

What you won’t see is both more remarkable and definitely more significant. I’ll get to that shortly.

As far as the story goes, this production covers only the skeleton of the first part of Little Women; enough for us to get to know all the characters and their personalities, witness some of their challenges, and see the beginnings of their growth toward maturity, replete with scares, self-discovery, and first loves. As you probably know, the book Little Women covers the challenges, expectations, and restrictions inherent in growing up female in New England during the latter half of the 19th century.

Ostensibly, this is children’s theatre, meaning the actors are all children, but in fact, this production is quite different. It is a typical, age-appropriate cast in which the roles of neighbor Laurie and the March children are played by student actors, and very good ones at that, while the three adult roles are played by much older thespians borrowed from the regular acting community.

Let’s start with the younger set, who are all, as I said, terrific. Madelynne Lumsden calmly and confidently plays the eldest, Meg, who the family relies on for her caring maturity. Aquene Kimmel is Beth, the second sister; quiet, gentle, and sweet, struck by illness as a result of time spent visiting the poor. Bianca Ponnekanti becomes the tomboy of the group, Jo, who’d rather pursue her reading and writing than her stalwart and lovestruck neighbor, Laurie, played by Isaiah Resinger. And last, but certainly not least, is Caroline Hall who is cute as a bug’s ear as the youngest sister, Amy, proving the theatre adage that if you share the stage with young children or animals, you’re bound to be upstaged.

The theater itself is an intimate 80 seat venue with audience on risers around three sides of the stage. A simple set of well-chosen furniture on a perfectly rendered fake wood floor (the work of Maggie Knott) was boosted by a series of absolutely stunning costumes. In short, it was the sort of production you expect from any serious theatre.

As I promised, I’ll spend a few words on what’s unseen. Long-time theatre experts Scott Campbell and Maggie Knott are the brains, brawn, and heart behind this venture that is much more than just theatre. They created Tacoma Youth Theatre not merely as a performance space, but as a school to use acting as a means to help young people develop both stage and life skills. Adding the three adult actors, who’ve given their time as guides and mentors, lends yet another dimension to the children’s theatrical lessons.

The play’s performance itself is but a small part of the good work being done in this building, a bit like parents’ day at school. Attending may be very rewarding, but that barely scratches the surface of the more important efforts that go on every day. Clearly, Scott and Maggie are doing a fantastic job at inspiring and training their young charges to do an equally fantastic job on the boards.

Whether you enroll your children to become part of the acting, or simply want to see a well-oiled production, you won’t be disappointed with what goes on in this welcoming and welcome addition to the Tacoma theatre scene.

The Odd Couple at Lakewood Playhouse 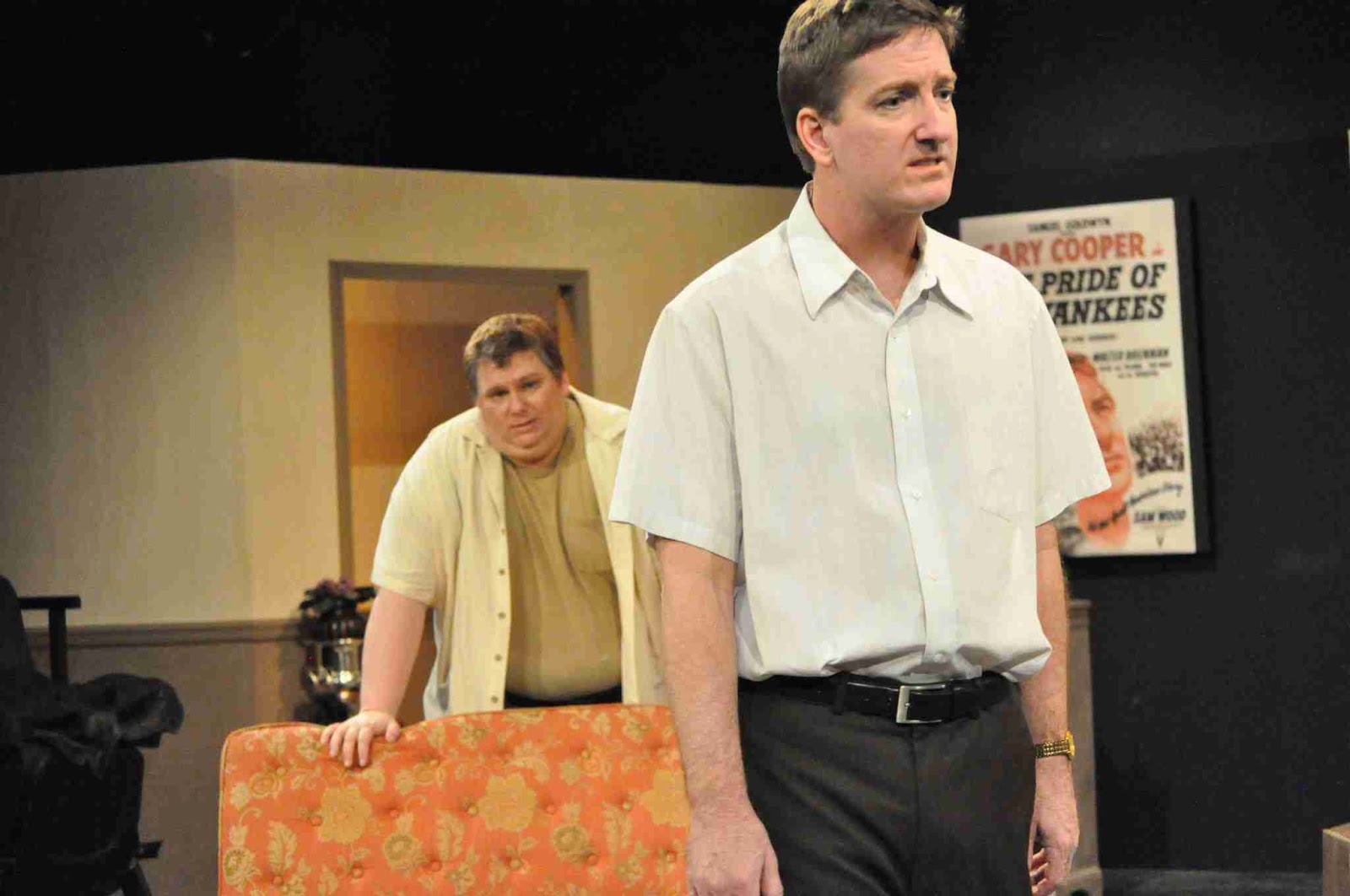 The classic comedy The Odd Couple is one of Neil Simon’s funniest and well-loved plays. Lakewood Playhouse, through the efforts of a skilled director and polished cast, presents a solid, entertaining production of this theatre standby.

Though the basic story is widely known, in part because of the incredibly popular early 70s television series it spawned, I’ll give you a quick rundown. What is unusual about the play (as opposed to the TV series) is that it loops on itself; it ends up almost exactly where it started. Along the way it takes what amounts to a short detour into a more-or-less disastrous experiment in combined habitation.

Oscar is the quintessential divorced slob who hosts the weekly buddies’ poker game in his trash-strewn NYC apartment. When one player, his old pal Felix, shows up late and depressed after being tossed out by his wife, Oscar invites him to live there. Felix is Oscar’s polar opposite; organized, fastidious, thrifty, and at least around women, rather timid. It’s tough blend, and it ultimately crashes after Oscar invites their British-born neighbors, the Pigeon sisters, down for a double date that goes horribly, but hilariously, wrong.

Ultimately, Felix and Oscar dissolve the living arrangement, but manage to keep their friendship intact. The upshot is that Felix learns to loosen up a bit, and Oscar learns to clean up a bit. Through it all, even during their contentious arguments, the lines come fast and funny. 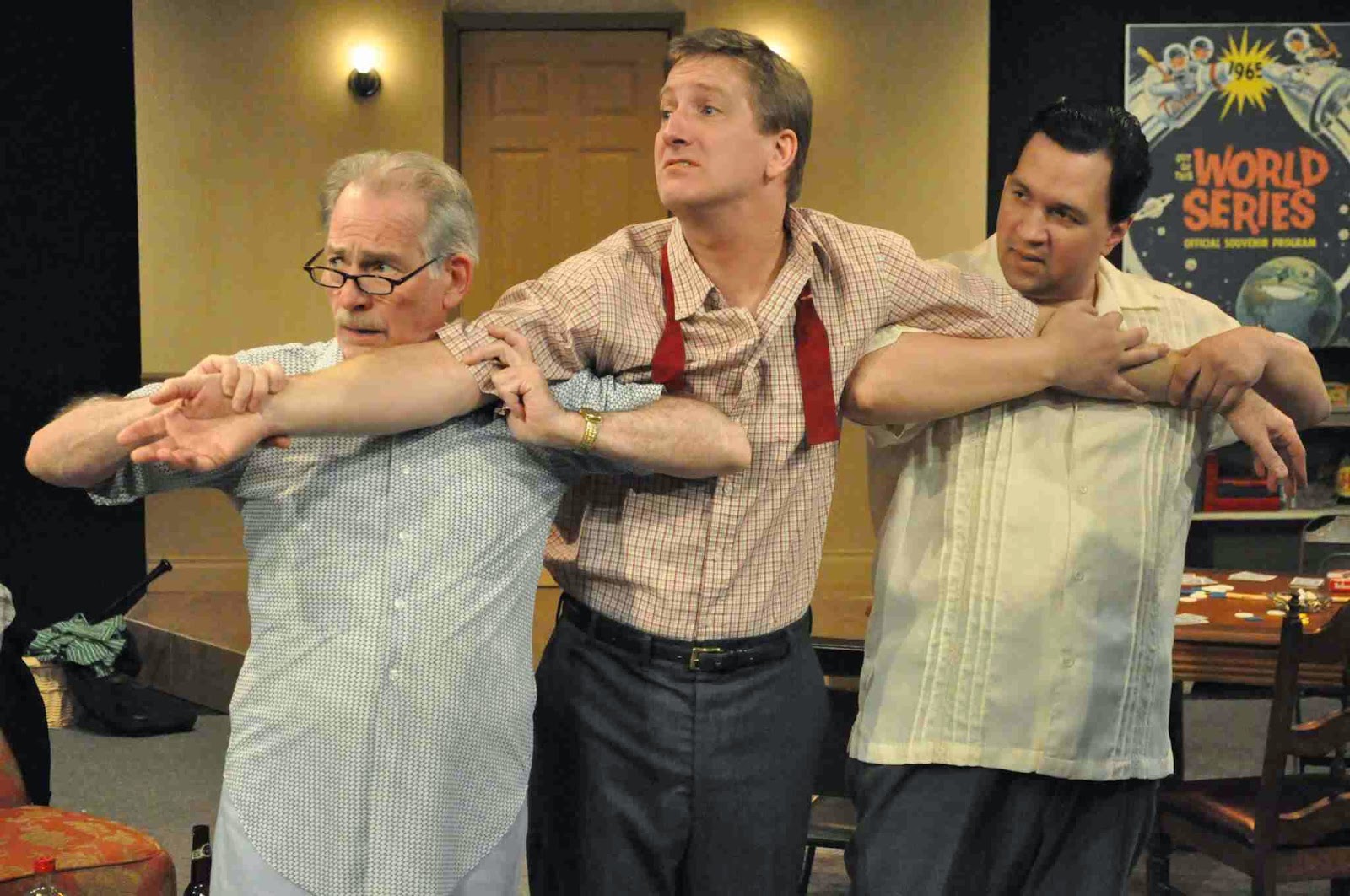 Director Steve Tarry has assembled a fine cast of very experienced actors who work together well and know how to deliver comedy. Chris Cantrell is the cocksure, blustery, Oscar to Jim Rogers’ surprisingly likeable Felix. The card playing buddies include Murray the plodding cop (Jed Slaughter), the impatient Speed (Gabriel McClelland), Oscar’s curmudgeonly accountant Roy (Joseph Grant), and Martin Goldsmith as the meek, slightly henpecked, gentle Vinnie. The Pigeon sisters are the well-paired duo of  Kadi Burt as Cecily and Palmer Scheutzow as Gwendolyn . (Yes, you are correct; Cecily and Gwendolyn are the names of the two young women in The Importance of Being Earnest.)

It’s not without its quirks. Cantrell’s accent was, from the view of this expatriate New Yorker, a bit odd, as was the intentional gape-mouth facial expression of Slaughter, since his lines are not those of a dullard at all. Still, these are surely director’s or actor’s calls, and reflect personal style rather than any important substance.

The pacing starts a bit slow in act one, no doubt intentionally in order to express the “same old, nothing ever changes here” feeling of the weekly card game, but picks up decidedly during the more contentious and flirtatious act two.

Pay special attention to the stage hands who come out in a very clever and funny costumes in the act one scene change, and keep an eye on them in the act two scene change as well when they “clear” the dining table. Rarely do you see a scene change that’s as entertaining as the show, but both these are.

Costumes, simple 70s period clothing, was ably done by Cyndi Hjembo, lighting by Daniel Cole, and sound (including lots of period light jazz) was by John Burton. The set (actually designed by John Munn) along with its painting, props, and set dressing was fleshed out by Larry Hagerman, Carrie Foster, Jeffery Weaver, and Hally Phillips.

I know you are familiar with this play, and I know this is not going to present any new story lines or plot twists, but it remains a very enjoyable light comedy. With each new cast it becomes a new entertainment, and that’s certainly a strong reason to keep going to see it.

The Odd Couple
April 18 to May 11, 2014
Lakewood Playhouse
http://www.lakewoodplayhouse.org/

Posted by Dresdner's Theatre Reviews at 1:10 PM No comments: