Scrooge! The Musical at TLT

An upside down review
by Michael Dresdner 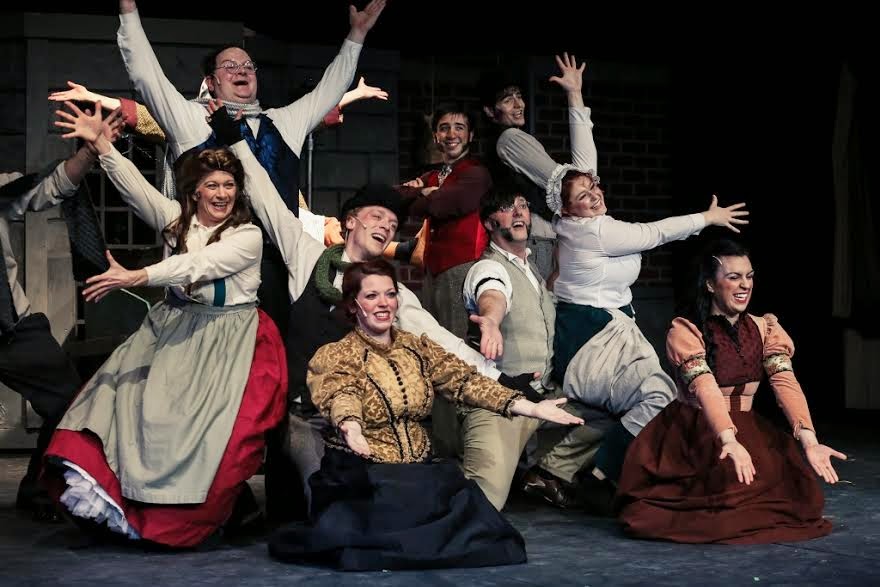 The set was amazing, to begin with. There is no doubt whatever about that.

See what I did there? I stole (and altered) the first two lines from Dickens’ A Christmas Carol, the endlessly performed and frequently re-imagined story that is the basis for Scrooge! The Musical now playing at Tacoma Little Theatre.

Granted, the first thing you see in any play when the lights go up is the set, but this time the set is so amazingly good that it set a high bar for the rest of the production. You know how some people go to see The Nutcracker each year in part because of the amazing Maurice Sendak sets and costumes? Well, I’d suggest that similarly, TLT keep this set. It’s that good.

I’ll get to the rest of the production, which, incidentally, was chock-a-block with talent, in a minute, but bear with me. This set, designed by Blake York and ably abetted with set dressing and props by Jeffery Weaver (who also did wigs) and painting by Jen Ankrum, was a marvel not only for how incredibly good it looked in every iteration, but also how cleverly it morphed. With actors very adroitly moving and rotating its various parts, it becomes about a dozen brilliantly convincing locations, some with wonderful special effects built in.

I won’t say this is the first time I’ve seen a set outshine actors, but it is the first time a set was so good it gave really good actors a run for their money. In the past I’ve both praised and dinged Blake York for his varied sets, but this set a new high point for his talent. You really must see it.

Tight on its heels was the outstanding musical direction and keyboard work of Terry O’Hara and his quartet, filled out by Roxane Hreha, David Stedman, and Cal Neal. They did a superb job with the music, such as it is. More on that later as well.

And since we’re doing this review upside down, with production values lauded first, I’ll go on to say that the choreography (Alisa Merino with dance captain Julia Luna), lighting (Pavlina Morris), sound (Darren Hembd), and costumes (Michele Graves) were a worthy accompaniment to said set. Now, I could nit-pick and point out that Bob Cratchit’s costume – indeed his whole family’s garb – was way too new and flashy for one so poor, but that’s a minor point.

And what of the cast? Quite good, as a matter of fact. The singing, dancing, and acting were all well above average, right across the board. 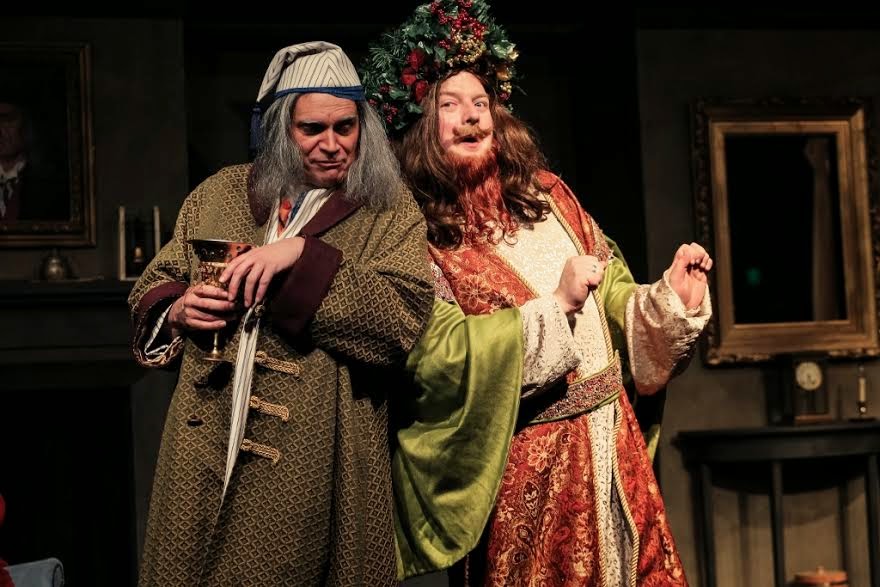 I could call out some of my favorites – Chris Serface, who was having way too much fun and was therefore quite enjoyable as Christmas Present; Derek Hall’s Bob Cratchit, shining both in song and acting; the charming and acrobatic Steven Walker – but that would detract from the rest of the cast. The truth is, from the lead, Jeff Kingsbury as Scrooge, down to the bit parts, this was an ensemble cast in the very best sense; they were all good enough to deserve mention, but blended so well as to not demand it. In short, it was a very good cast, top to bottom, individually and collectively. 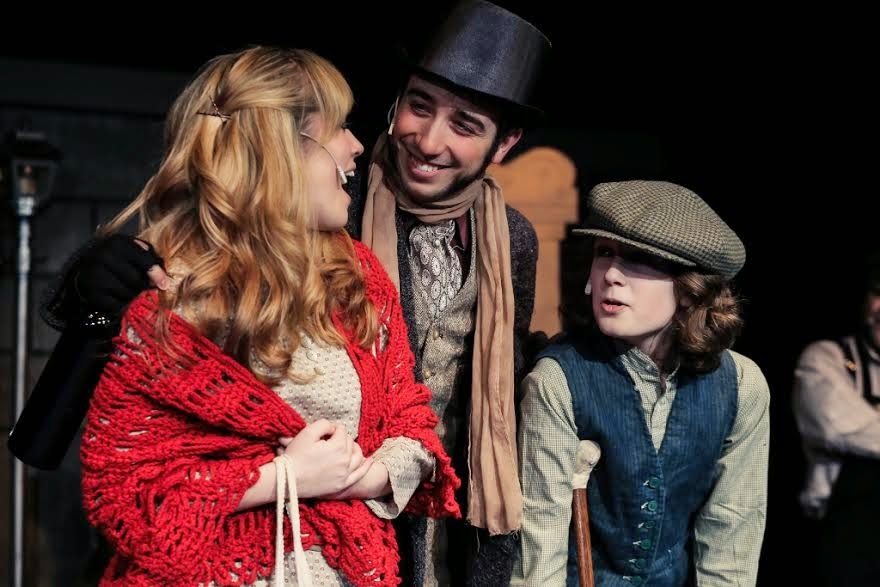 This is one case where the property itself pales in the face of so much talent both on and off stage, and no amount of effort can make up for a completely forgettable musical.

Act one, which is a grinding one and a half hours long, was often tedious (act two had much better pacing,) but that’s the least of the play’s problems. It’s a trite, gap-laden retelling of a story that, fortunately, everyone already knows (you’ll notice I did not even bother to give you a plot synopsis) with music that at best is uninspired and derivative. It’s songs sounded more alike than different, and none of them rose above the ranks of ‘failed show tune.’

Now, before you Scrooge! loyalists jump down my throat, stop and think about how easy it is to plant an earworm from any great musical. Why? Because the songs are inspired and divinely crafted. Here, I’ll prove it by planting a few earworms with just first lines. “All I want is a room somewhere,” “Maria; I just met a girl named Maria,” “Seventy six trombones led the big parade.”

See? Now try that with this musical.

I’m not saying the music isn’t pleasant. It is, but these musical offerings are to worthy composition what doggerel verse is to real poetry. I’m sorry, but that’s my call.

Nevertheless, there are people who love all iterations of A Christmas Carol, and for them, or anyone who appreciates the craft of theatre, this is worthy of its holiday time slot. Forget the lame music and go see this excellent production of an embarrassingly middling musical for its numerous merits. You’ll probably like it as much as the opening night audience, who gave it a standing ovation.

Posted by Dresdner's Theatre Reviews at 6:23 PM No comments: