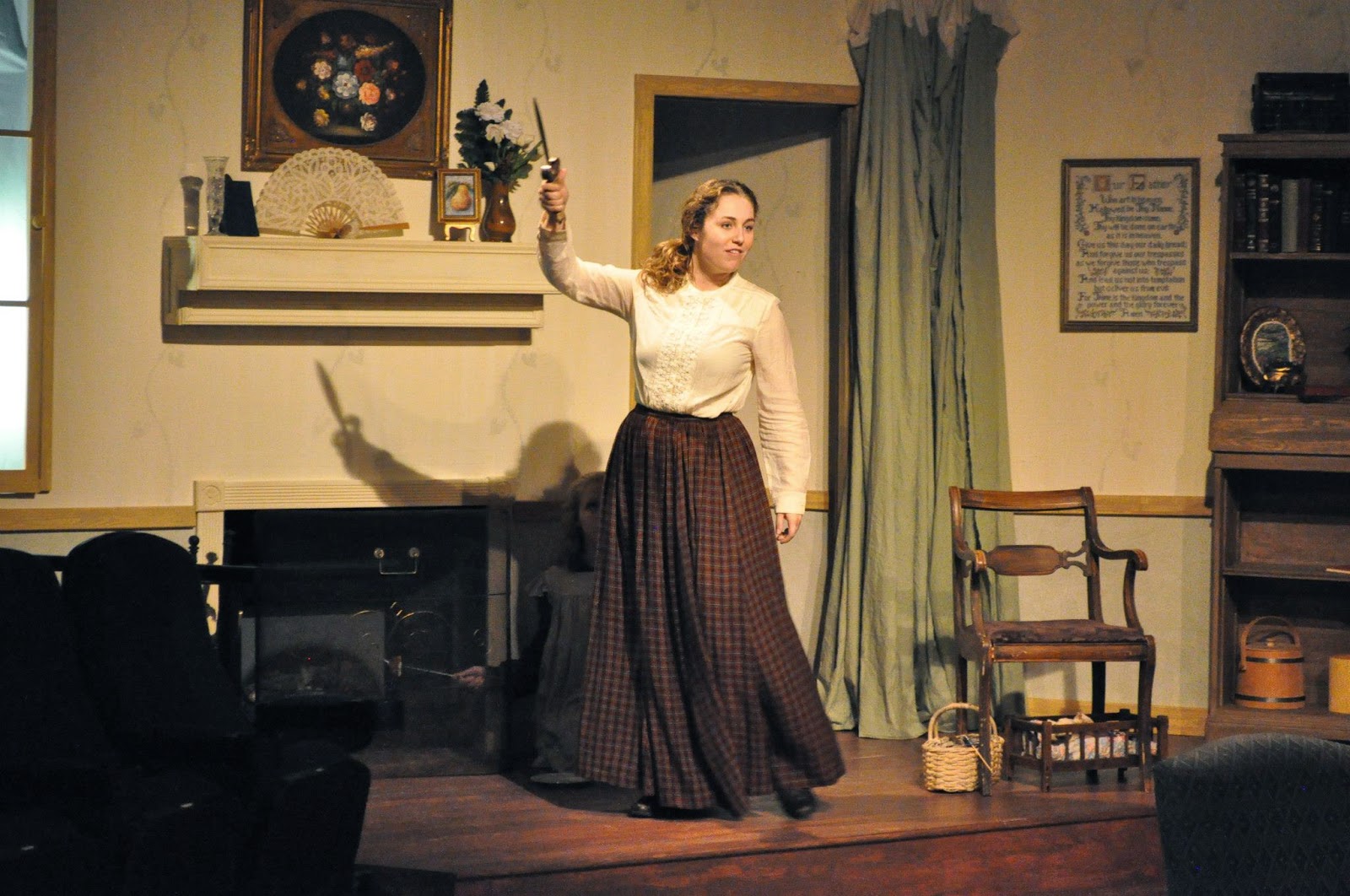 There are two groups of people who will absolutely love Little Women, now playing at Lakewood Playhouse; those who revel in Louisa May Alcott and her ilk, (surely an acquired taste, at least for males,) and those who appreciate the craft of theatre. It’s a rather mundane slice-of-life script, delivered up by a near perfect cast, director, and technical crew. In other words, all the sizzle, not much steak. 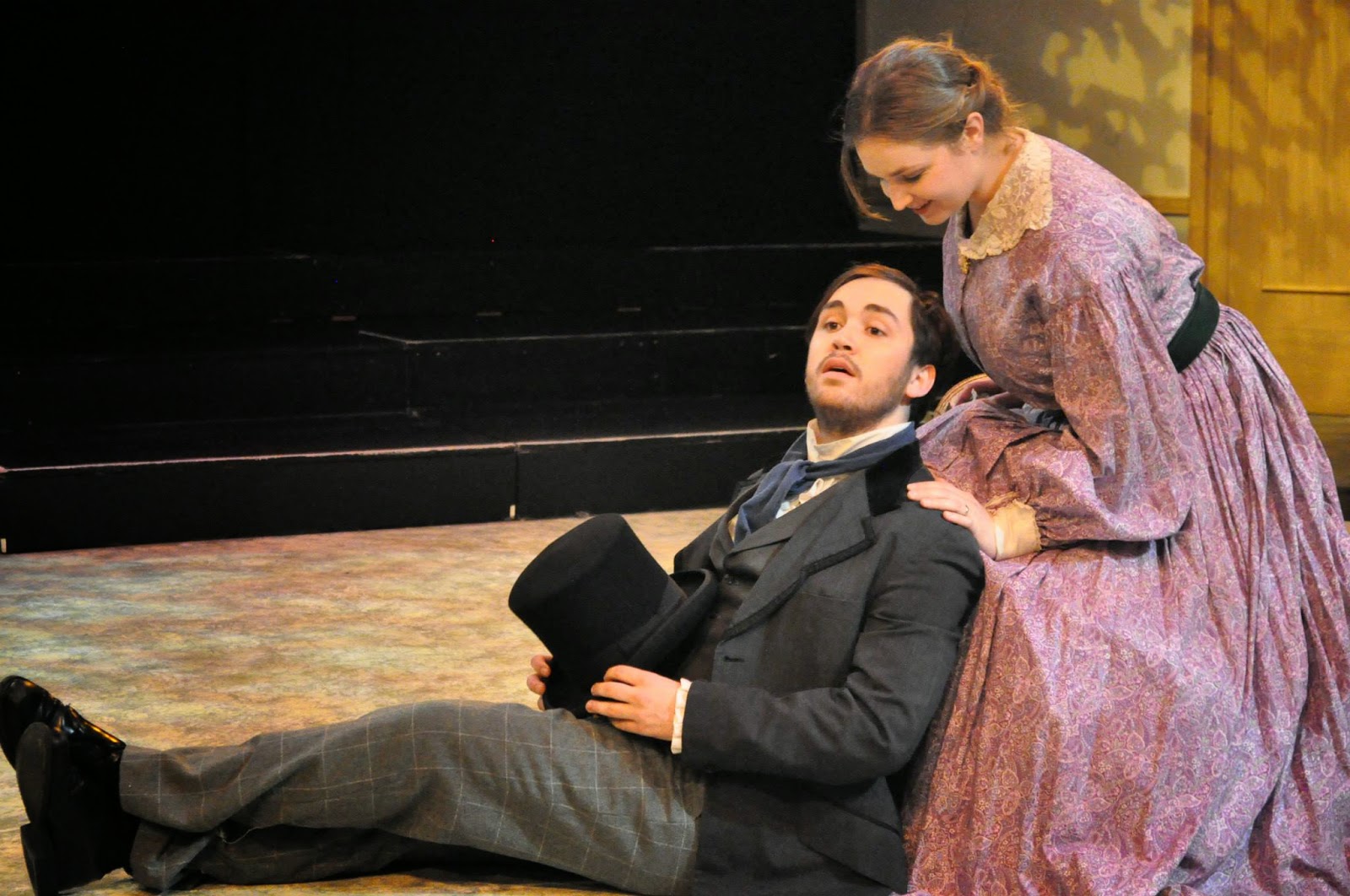 You’ve probably noticed that I’ve filled the blank space above, where I’d normally tell you the plot synopsis, with a nice photo, since there really isn’t a plot to speak of. Instead, Alcott gives us a mid-19th century marriage minuet; a partially autobiographical account of a fairly normal family successfully marrying off its surviving daughters. Yes, one of them dies, but you probably knew that already.

Now, you don’t need to take my word for it that this is not Indiana Jones or Harry Potter. We can listen to Alcott herself, who said, while writing it, “I plod away, although I don't enjoy this sort of things." After sending the first 12 chapters to her publisher, they both agreed that they were dull.

That being the case, let’s spend our time on the cast and crew, beginning with the director, the redoubtable Suzy Willhoft, who provides a veritable case study of how to do a theater-in-the-round production correctly. After skillful casting, she added dynamic blocking to an open-feel set to create convincing, well-paced scenes with no blocked lines of sight. Trust me, that’s way harder than it sounds, and she’s a master at it. 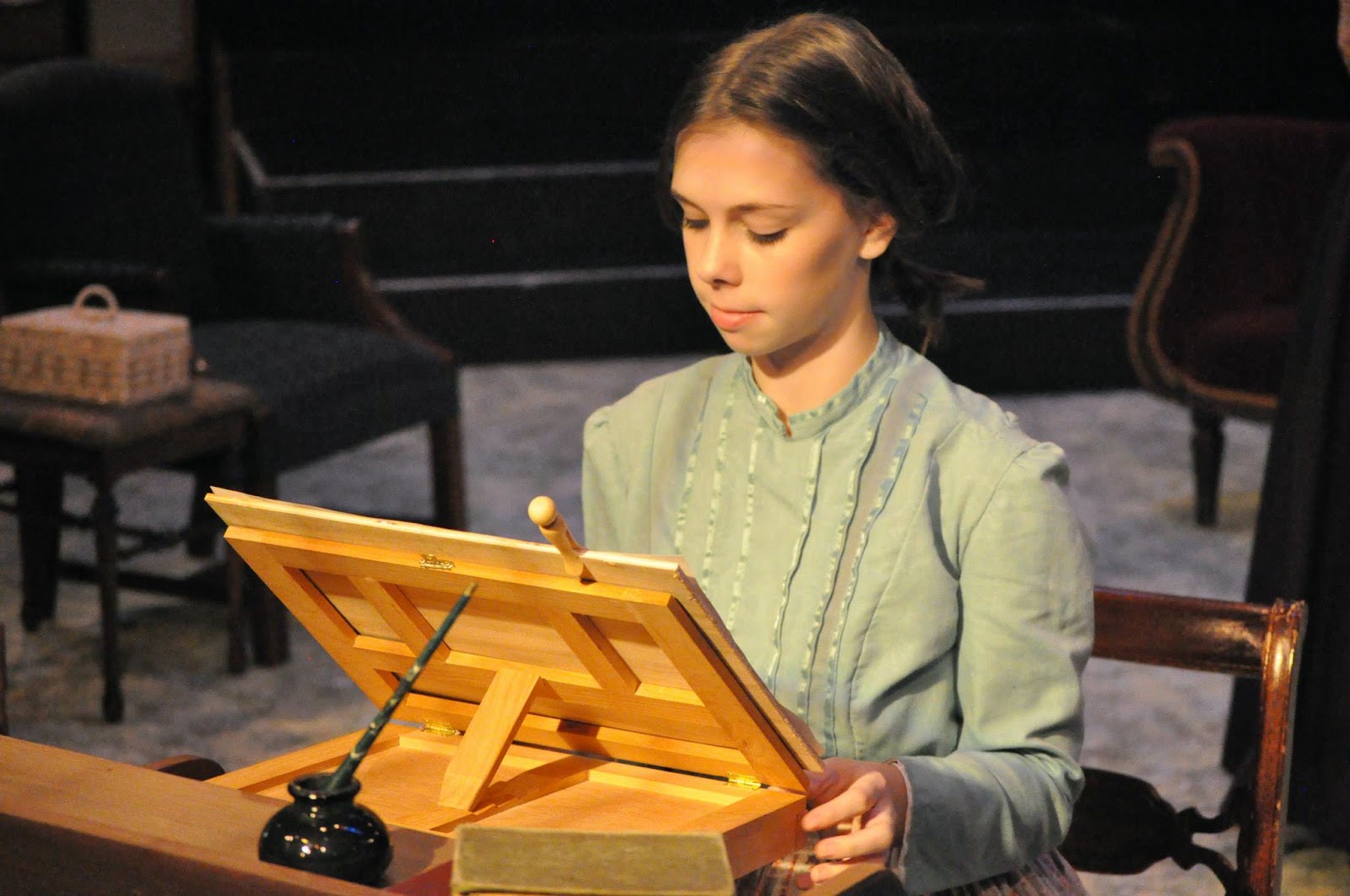 Now the cast, beginning with the “little women.” Jo is played, appropriately enough, by the thoroughly delightful Cassie Jo Fastabend, who delivers her lines with the  crisp clarity and machine gun pace of The Gilmore Girls. She’s the spritely Tigger of the family, a bouncy tom-boy with enough boundless energy to drive both her family and this production.

Meg, the “mature” sister, was calmly and convincingly created by Laura Strong, and her stalwart, even-tempered suitor John Brooke, husband material if I ever saw any, was nicely executed by Cameron Waters. Ashley Mowreader was Amy, the artistic and socially mobile sister who added much of humor in scene one with her frequent (yes, intentional) malapropisms. Then there’s Beth, just too sweet for words, whose Pollyanna persona was left to Marissa Tate to craft. Each sister did a wonderful job of fabricating separate, endearing, and very identifiable personas. 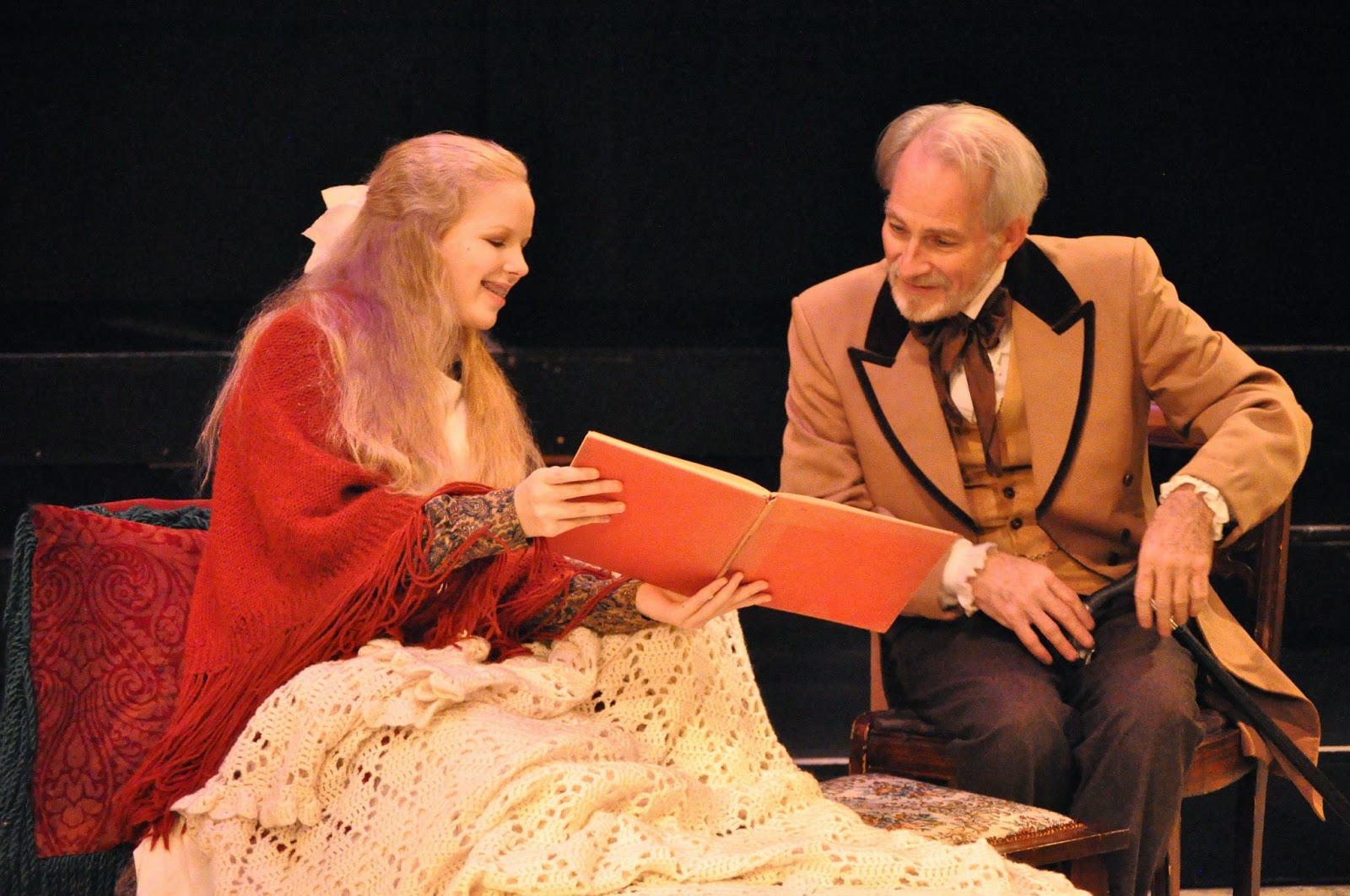 Our own Beau Brummel of the South Sound, Joe Grant, did a flawless job, as always, of  bringing his character, Mr. Laurence, convincingly to life while simultaneously making the costumer look good. No one wears costumes so well, though his “son” Laurie, played by the ever appealing Coleman Hagerman, is starting to give him a run for his money. Hagerman is one of those actors who is so comfortable on stage that you barely believe he’s acting.

Mrs. March was Carol Richmond, one of the more than capable old hands of this and other local theatres, and she was as refined and realistic as we expected from this very talented actor. Ditto for Syra Beth Puett as Hannah Mullett, the housekeeper, whose role, while wonderful, was way too small for such a skilled actor. Darrel D. Shiley, Jr. was Mr. March, playing a character a good bit nicer than the real life one he was based on, and Virginia Yanoff did a very credible job as cranky Aunt March. And let’s not forget John Munn as Professor Frederich Bhaer, who, like Marley, seems to be visited nightly by the ghost of accents past.

A lovely and very workable set by Dylan Twiner, lighting by Niclas Olson, and delicious costuming by Kelli McGowan and Diane Runkel, aided by wigs and hair (as well as props) by Jeffrey Weaver all contributed to this extremely well crafted production.

In other words, everything about this play is right except possibly the property itself. It’s like eating a meringue; it’s delicious, but you walk away without having gotten any real sustenance. Still, it is lovely to eat, so if you are female, home and hearth inclined, or simply an aficionado of fine theatre craftsmanship, put this on your attendance list for the season.