The Miracle Worker at Lakewood Playhouse

The life of a soul
by Michael Dresdner 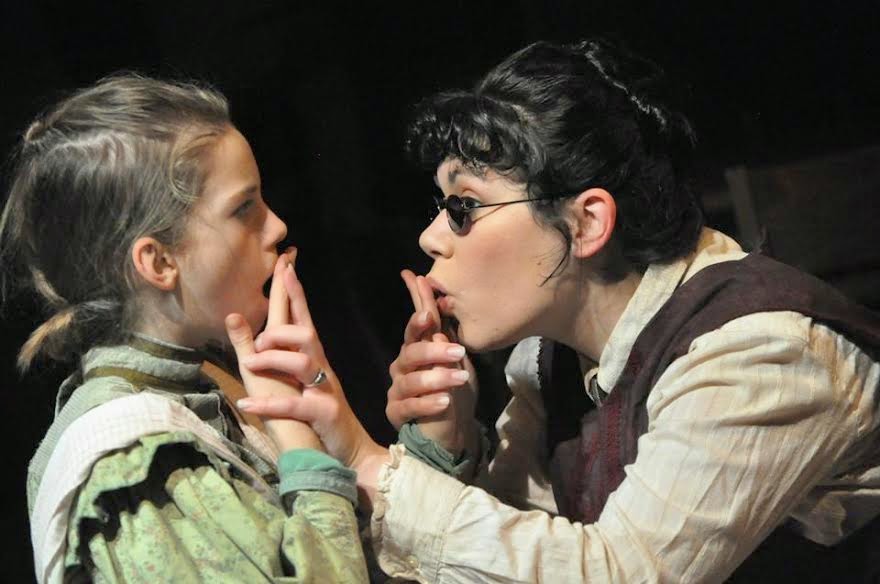 Disabuse yourself of any notion that this play will be depressing, maudlin, or dispiriting, for it is anything but. The Miracle Worker, now playing at Lakewood Playhouse, is as superb and enjoyable a production as you can imagine. As easy as it might have been to slip into the noir, it is instead gripping, hopeful, and at the end, thoroughly rewarding, thanks both to skilled direction by Pug Bujeaud and simply amazing acting by the cast.

Yes, there are wonderful period costumes by Rachel Wilkie, especially Kate’s outfits, lighting (Daniel Cole) used to change our focus to make one stage appear as five distinct settings, and an unobtrusively convincing set by James Venturini that worked beautifully without drawing focus. But it is the cast, and in particular three leads, who made this show the absolute winner it is.

The play itself is superbly written, laced with foreshadowing, subtle parallels, and even some circular connections, all rewards for the observant theater denizen. For instance, the figurative ongoing tug of war for control of Helen between Annie and mother Kate actually plays out literally in one scene. The play even does a fine job of adroitly answering the classic question of why Annie Sullivan would devote such superhuman effort and patience to Helen. It’s all part of an ultimately closed circle of guilt and redemption surrounding Annie’s deceased younger brother, and comes complete with an insight into Annie’s own horrendous childhood.

You probably know the story. Helen Keller, struck blind and deaf by disease before the age of two, had morphed into a spoiled wild-child thanks to the guilty indulgence of her parents. When she was seven, they hired 20-year-old Annie Sullivan, herself almost completely blind in spite of several operations, who through extreme patience and tenacity set out to break through the wall of dark silence Helen occupied. After a frustrating start, Annie realizes that Helen’s enabling parents are undermining her efforts with well-meaning and loving over-indulgence. She insists that the only way she can get through to Helen, and get her to behave as well, is to have her to herself, isolated in an out building on the property. There, with no one to turn to but Annie, the two finally start to make some progress.

While the entire cast was worthy of praise, three women in particular stand out. All were completely endearing, and I found myself genuinely caring about these people whether their actions were right, wrong, kindly, or seemingly cruel. That’s the first step toward creating a play well worth watching. 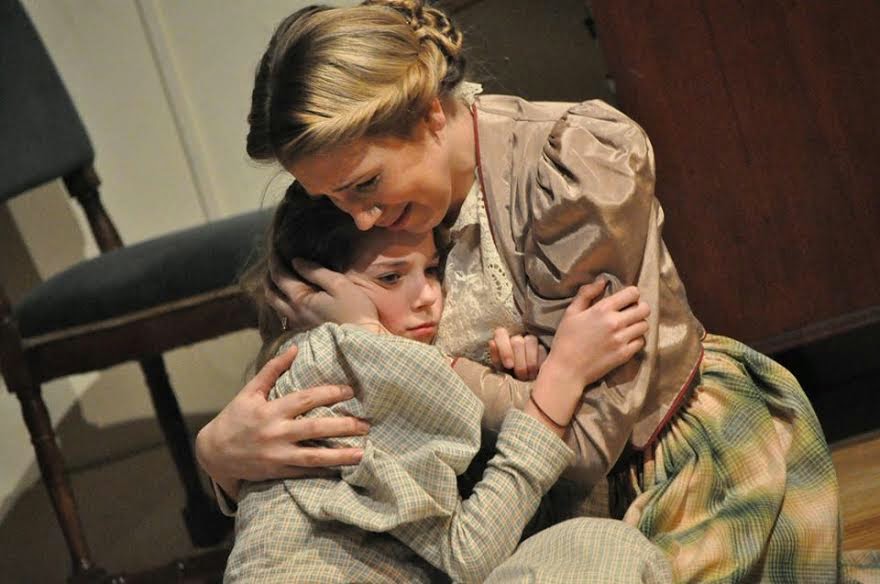 First, there’s Gretchen Boyt, who plays Kate Keller, Helen’s mother, and takes us convincingly through a range of severe and conflicting parental emotions. Struck with horror at Helen’s illness-induced debilitation, Kate becomes the classic enabler, showering Helen with extreme forbearance, love, and unfortunately, pity, to assuage her unfocussed guilt. Later she is forced to come to grips with the fact that she is a very large part of Helen’s problem, and Boyt lets us see the struggle of her internal battle between well-meaning indulgence and tough love.

Helen herself is played by Liberty Evans-Agnew, and it’s hard to imagine a young actor doing a better job of holding her own bracketed by such pros. With no dialog to fall back on, everything she does is physical, yet she both wins us over and thoroughly conveys the range of emotions Helen indulges in, from frustration and anger, to fear, trust, and love. This young woman does the part yeoman service in a performance that would be called marvelous by an actor of any age. 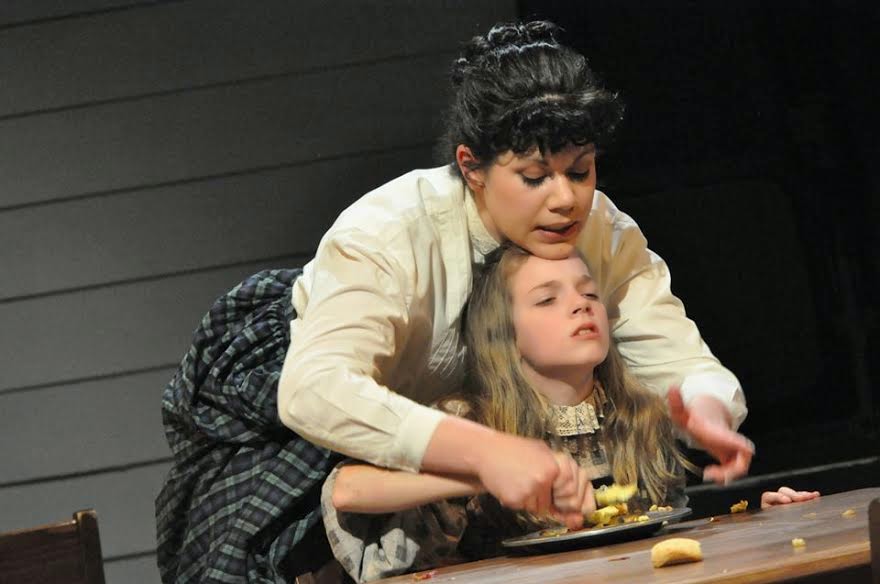 Last, and most certainly not least, is Deya Ozburn’s staggering portrayal of Annie Sullivan. I have in the past praised Ozburn for very varied roles here at Lakewood in The Children’s Hour, Twelfth Night, and The Importance of Being Earnest, but this was a new high. Ozburn brings the tireless, highly focused Annie to life. She wears dark glasses to protect her sensitive eyes, and reads hunched over with her face a mere inch or two from the page. The bulk of her portrayal is physical, but when she does speak, her terse, emotionally vibrant words reveal a young woman with a tormented body and soul who somehow found uncommon strength and confidence from her travails, and one seriously worthy of our respect and admiration.

Not surprisingly, much of the interplay between Helen and Annie is wordless, but highly energetic. During one scene in the first act, Annie chases everyone out of the dining room to be left alone with Helen. What follows is a long battle of wills between Helen and Annie that is surely both physically and emotionally taxing in the extreme for both actors. Not a word is spoken the entire time, yet that scene, the high point of the play for me, was by itself a brilliant tour de force for which both Ozburn and Evans-Agnew deserve kudos.
By the time the play ends with the final, uplifting reward of Helen’s breakthrough at the water pump, the audience has been treated to some of the finest performances of the year. This is a theatre experience that can take you well outside your comfort zone, then cap the adventure with palpable relief and pure elation. Grab your calendar and schedule a time to see The Miracle Worker. You will not be disappointed.

Posted by Dresdner's Theatre Reviews at 10:18 AM