Picasso at the Lapin Agile at Tacoma Little Theatre

Diamond in the rough 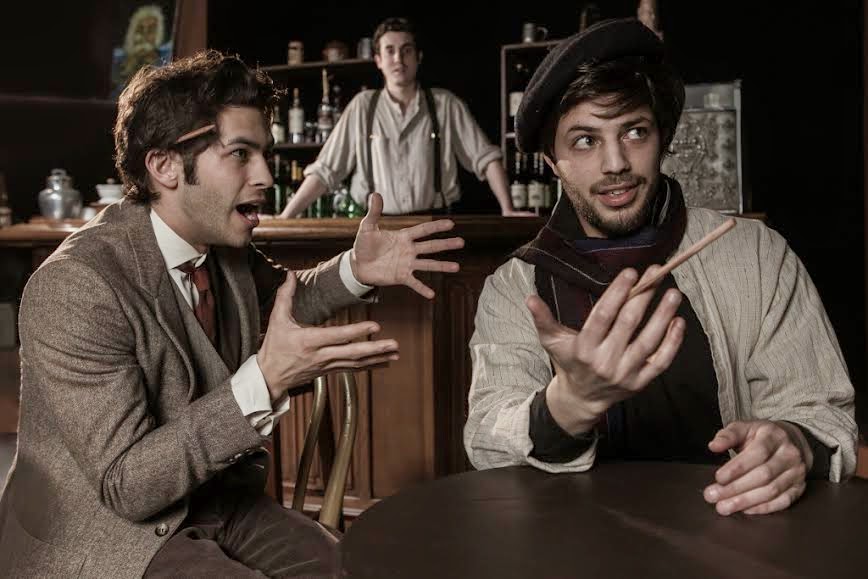 Written by comedian Steve Martin, Picasso at the Lapin Agile, now at Tacoma Little Theatre, is a seriously funny play. The lines are brilliantly comic, the concept interesting, and the characters, if not wholly fictional, are certainly charismatic.

The conceit is that it’s 1904 and we’re eavesdropping in a bar visited by both Einstein and Picasso as young men, just before either of them made his first big breakthrough. Other characters come and go primarily for comic value, and there’s plenty of that. As for the plot, what little there is has slim import. For the most part it’s all about setting up funny characters in funny situations and giving them even funnier lines.

Director Rick Hornor’s pacing was briskly satisfying, and the ensemble cast was solid. Yet, I had a nagging feeling that there was a spark of eclat that was missing. What was good could have been greater.

That’s not to say it was not sprinkled with some great moments. The opening absinthe/vodka exchange between barkeep Freddy (Jacob Tice) and Einstein (Rodman Bolek) was perfect in both timing and delivery, one of many humorous gems that sparkled in this play. An amazing piece of brilliance from Tara Jensen as a gorky fan was another all too brief shooting star of comic perfection. Then there was Dan Lysne in a bit part, rushing through like a bracing breeze as an inventor with delusions of adequacy. Add in the stolid, sensible foil Germaine (Colleen Bjurstrom) and you have my personal handful of on-stage favorites. 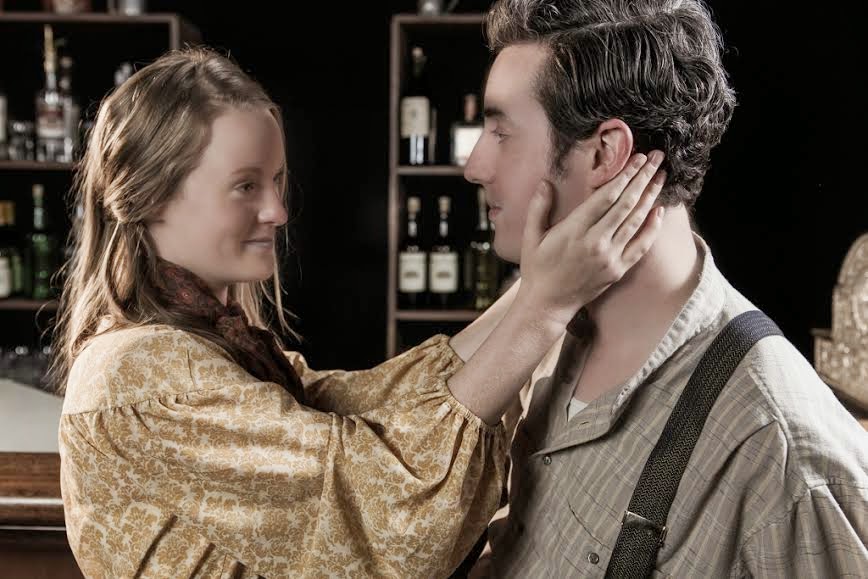 As usual, the production values were very much up to par. Blake York’s set, dazzlingly dressed and propped by Jeffrey Weaver and superbly painted by Maggie Knott, is both beautiful and clever. In what has become eerily familiar at this theatre lately, it not only stood out, but at times, especially during the last scene, damned near stole the show from the actors. Costumes by Michele Graves and lighting by Pavlina Morris were smoothly integrated and had their own moments in the sun, the latter particularly obvious in the closing sequence.

So, then, what’s the problem? Often, when doing Shakespeare, directors will tell you to let the words do the work. While Steve Martin is definitely not Shakespeare, his strength resides not in the physical acting, but in his finely tuned comedic lines. In this case I feel the best way to let the humor shine through is to take a more subtle, less-is-more approach as far as the acting is concerned.

To be fair, it was only opening night, and these things have a way of ripening with age, so don’t let that hold you back from coming to see this more than pleasant gaggle of onstage oddballs. Focus on what is, rather than what could have been, and you’ll still have a very funny, very lighthearted evening of pure entertainment.