Debauchery under DeBigTop
by Michael Dresdner 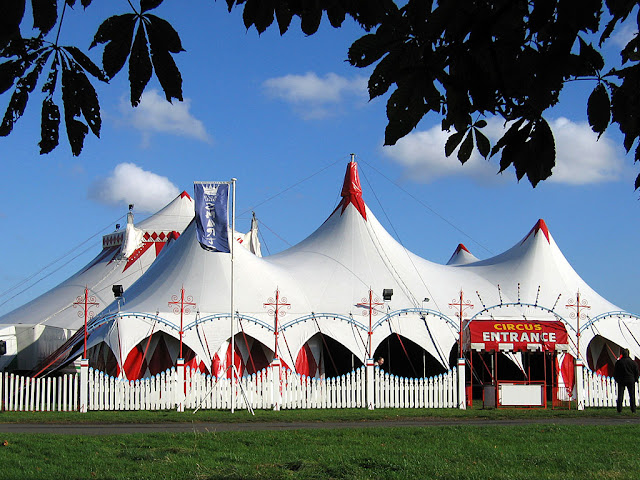 Last night The Jen and Blake Wedding Circus opened to a sellout crowd (a crowd of unabashed sellouts) made up mostly of devotees, minions, and, not surprisingly considering the venue, an odd assortment of sideshow freaks. It all took place under the big top at Circus McGurkus in McMillan, causing miles long backups of vehicles on the adjacent road. 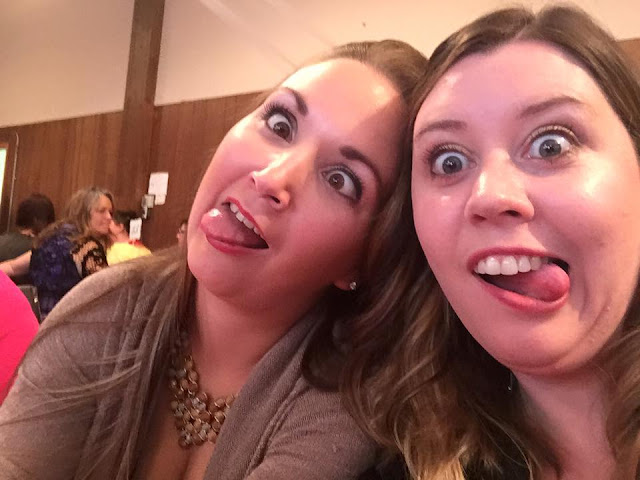 "... an odd assortment of sideshow freaks."

As you know, a review is simply one person’s observations of an event, and may differ markedly from what other attendees observed. Here then, is how I saw events unfold. 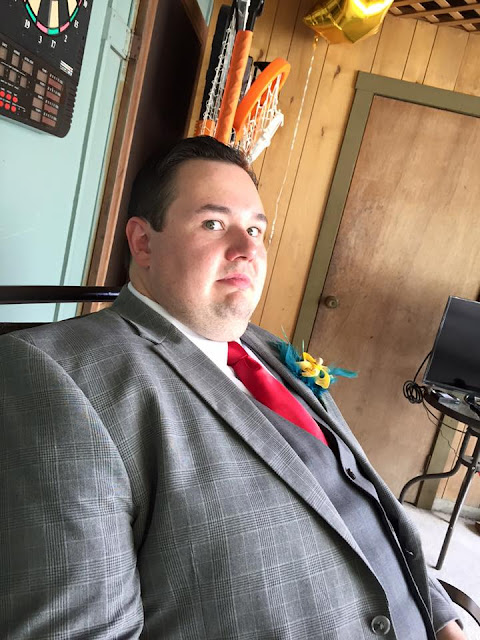 Overseeing the event was godfather Don Guido, shown above in distinctive red ascot, and later while granting a wedding day boon to a supplicant. 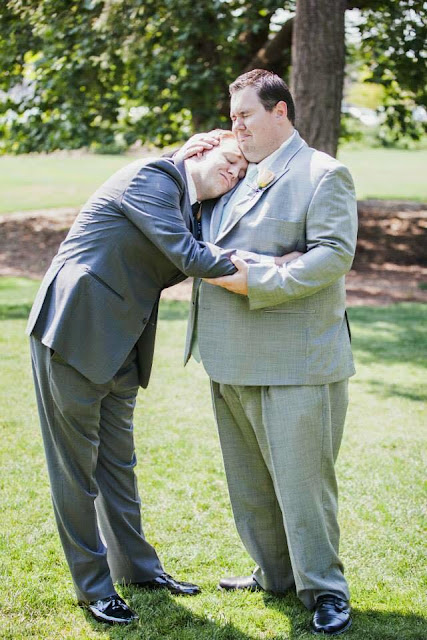 Don Guido with a supplicant

The wedding scene opened with the couple’s minions gathering on stage, well disguised in costume, yet each showing some indication of the distinctive “minion yellow” in the form of a tie or shoes. They formed an honor guard around the groom and the Ringmaster, who was dressed in the traditional red tophat, black boots, and garish cutaway and vest. 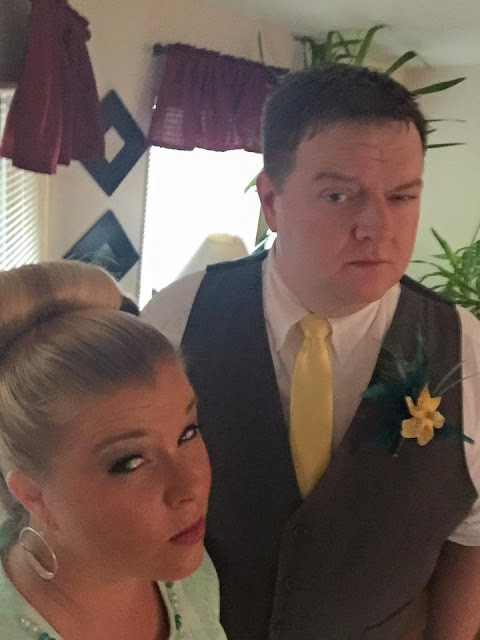 The aisle consisted of a thick, brocade red carpet interwoven with images of cavorting mystical creatures and strewn with rose petals by a gaily prancing flower girl. As the bride entered, resplendant in green silk and leading a 10 foot Bengal tiger named Sophie by a satin ribbon, the crowd erupted in applause. 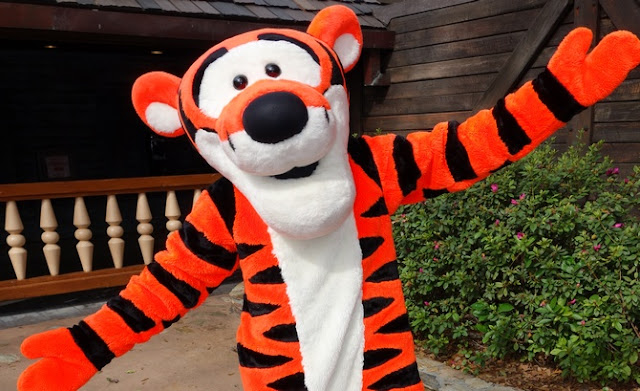 Crossing a wide swath of religious traditions, the Ringmaster’s readings were drawn from a variety of scriptures, including the Book of Farnsworth, the Bible of Guisel, the Upanishads, the Tao Te Ching, and, bowing to more conservative tradition, the Kama Sutra. As the couple sealed their vows, the audience erupted in a well deserved standing ovation, with dozens of overcome attendees swooning left and right. 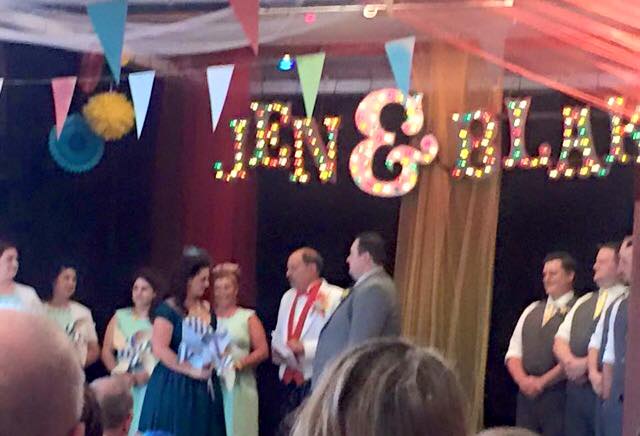 The vows and vowels

Following the nuptials were the suptials; a succulent feast served in nine courses by a bevy of scantily clad waitpersons of several genders, only a few of which were easily recognizable. Along with the typical introductory courses and side dishes of pommes frit, harricot verdes mascarpone gratin, and ortolan in lemon halves was an elongated tubular cutlet of meat that tasted vaguely of capybara or giraffe, I wasn’t sure which, garnished with a coulis of beurre de cacahuète. 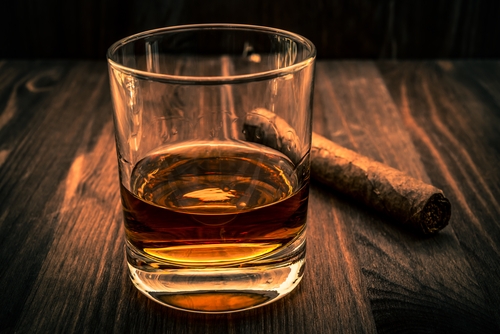 Only the best for these attendees
After the sumptuous meal, guests were offered a sampler of single malt scotches and a selection of Cuban cigars brought out by liveried servants on silver salvers, all leading up to the cutting of the wedding cake. 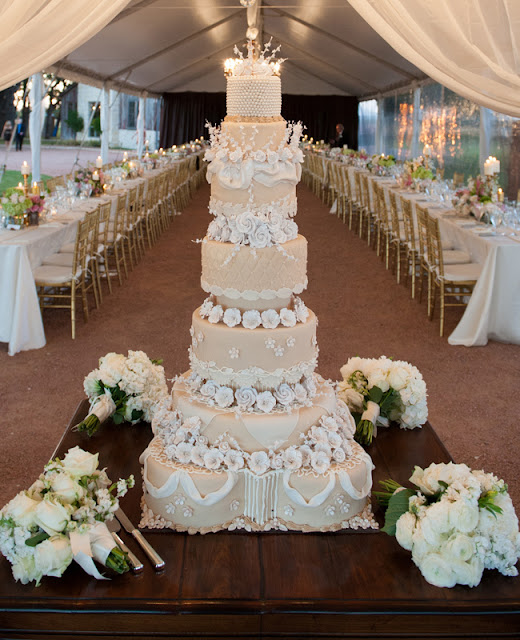 The discreet, understated wedding cake under the big top

In addition to a discreet, understated wedding cake, shown above, each guest was offered an individually chosen discrete tartlet which they had to retrieve from various fairway rides, including ferris wheels and carousels. You can imagine the outcome. 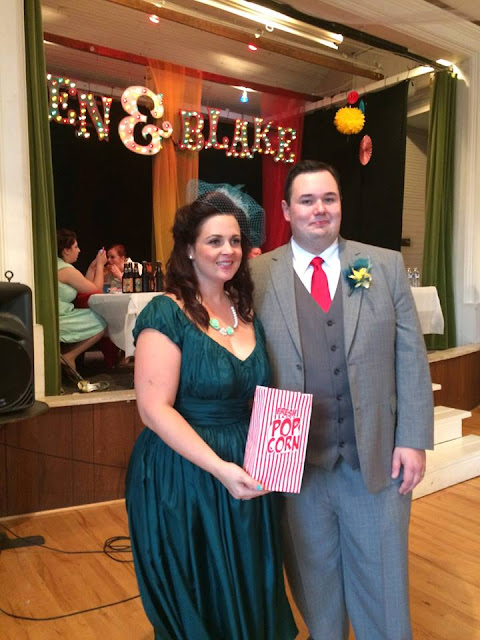 The happy couple holds their only wedding gift

At various times the feeding frenzy was interrupted by so-called “dancing,” a Rabelaisian bacchanal that soon devolved into writhing throngs of partygoers in various degrees of deshabille conjugating furiously in twos, threes, and fours. Eventually the revelers were dispersed by the local gendarmes assisted by two National Guard brigades, after which the venue was hosed down and disinfected by a hazmat team. 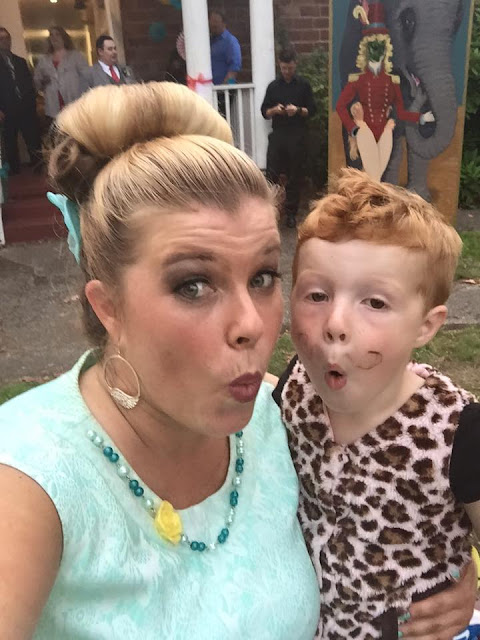 And that’s how it happened at the Circus McGurkus.
Posted by Dresdner's Theatre Reviews at 10:37 AM