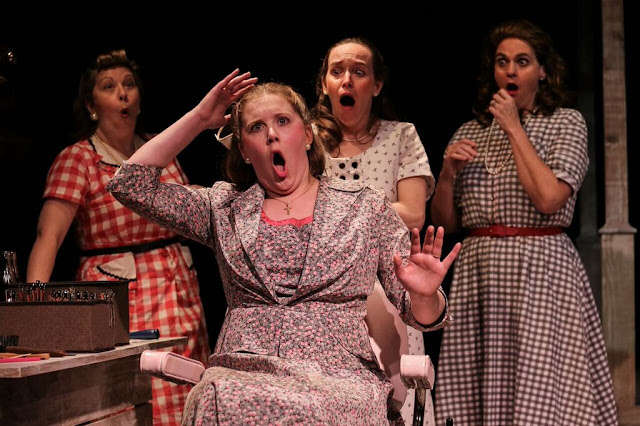 Tomorrow is the opening of Second Samuel, directed by Chris Serface, and playing at Tacoma Little Theatre. Don’t tell anyone I told you, but tonight there’s a free preview for those in the know (or in the red.)

I’m not going to review this play. I can’t. I’m in the cast, so it would not be ethical for me to tell you how good (or awful) it is. However, my primary job as a reviewer is to give you enough information about the play itself to help you decide if it is the sort of thing you would enjoy (or hate), and I can still do that. Here goes. 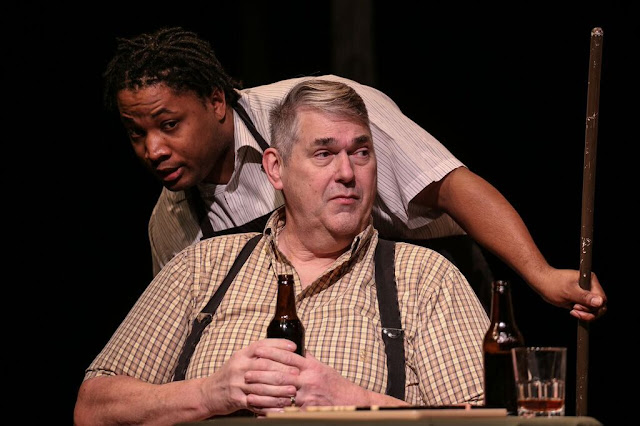 Contrary to what the name might suggest, this is not a religious or biblical play at all, but a surprisingly funny day-in-the-life glimpse of a clatch of folks who’d fit in perfectly in Mayberry RFD. Second Samuel is the name of the town, and it’s a little slice of heaven, but with a teasingly delicious twist.

Barely 90 minutes long, the play is like a Baby Ruth candy bar; short, sweet, and chock full of nuts. 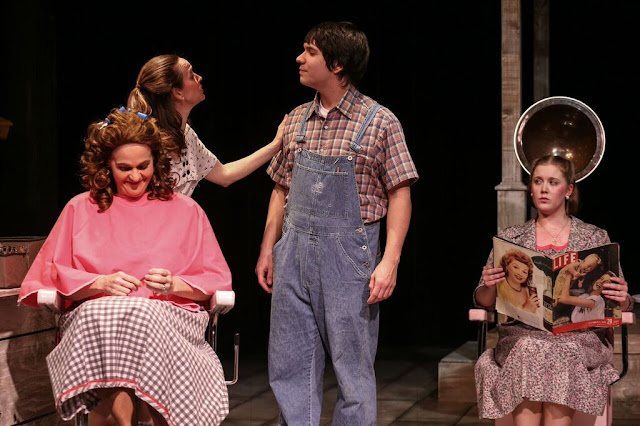 Nuts, you say? Yep, just look at the character names: Mozel, Mansel, Marcella, Ruby, Jimmy Deanne (female!), June (male!), Frisky, Omaha Nebraska, US (pronounced ‘you ess,’) a doctor named (wait for it…) Doc, and a sweet, mentally slow youth called B Flat, who, as the play’s lead and narrator, neatly threads together both the story and the town.

It’s 1949 in a small Georgia burg where all the women hang out at the beauty parlor and the men at the Bait and Brew. Miss Gertrude, beloved by everyone, has just died, and warmth and caring flood the stage, mitigated only by the ever present comedy. 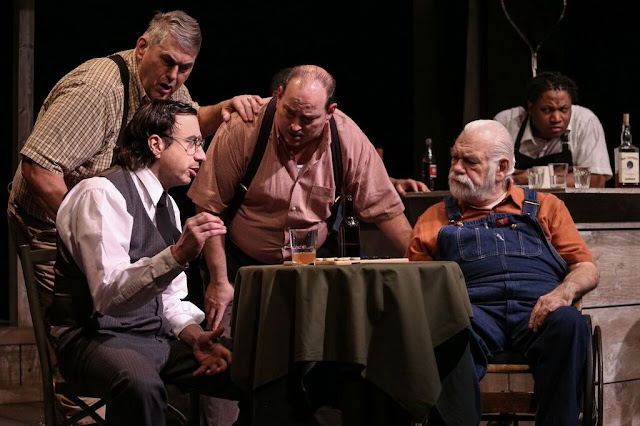 There’s a challenge they must deal with, of course. There always is. This one shakes up the close-knit little town’s core beliefs like one of James Bond’s martinis, but they deal with it just like everything else; with way more wit and humor than a small hick town had oughta be able to muster. 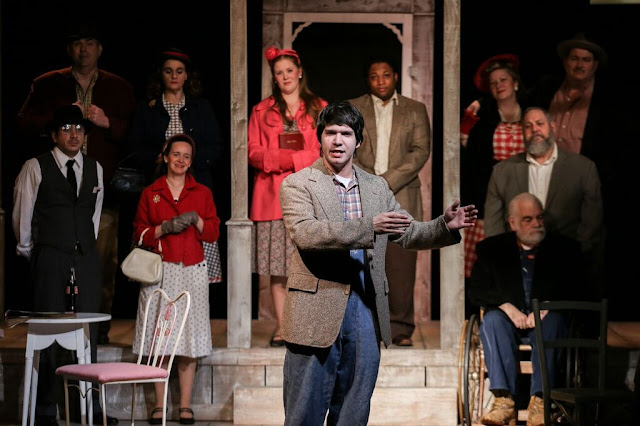 The play’s ultimate message, though, is one of understanding and tolerance, wrapped up and delivered as neatly and quickly as an after school special, albeit with more exclamation points.

As I said, I can’t tell you to go see it (remember – ethical considerations) but IF you decide to go, here’s a few bits of production values to be on the lookout for.

Walk around and look at the set designed by Lex Gernon, built by Blake York, and painted by Maggie Knott. Make note of the lighting (very important) by Chris Serface, sound by Stacia Russell, who is also the stage manager, and Michele Graves’ costumes, which may start a trend to make overalls the next de rigueur hipster togs. 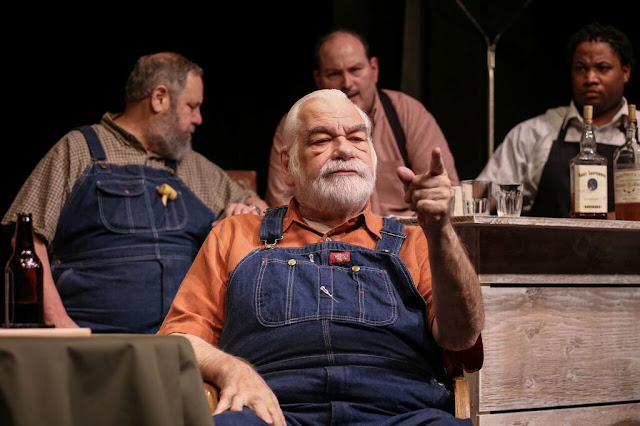 Ok, that’s all I can say. You’re on your own now, but if you do come, let me know what you think.