Believe in Yourself: The Lena Horne Songbook at Centerstage 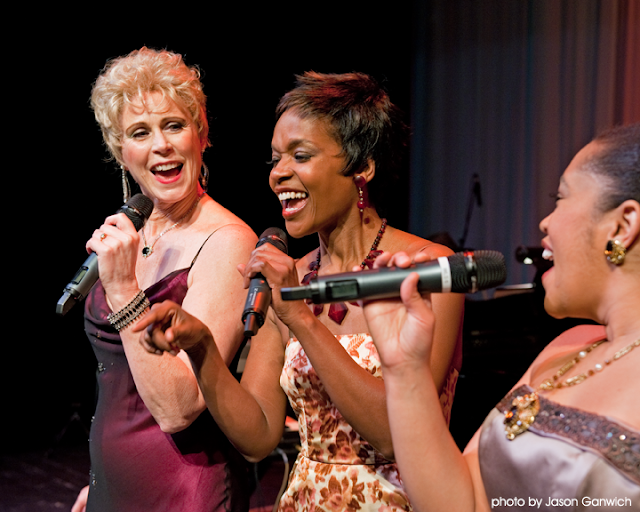 Three weeks ago I gave you fair warning that a delightful storm was on its way. I predicted that Believe in Yourself:The Lena Horne Songbook, a one-night-only Purple Phoenix production at Centerstage on February 16th would be both completely sold out and an absolute delight to experience.

I was right on both counts.

David Duvall once again arranged a superb and flawlessly paced concert. This time, three vocalists shared the honors with both solos and harmonized numbers to a wide range of songs Horne performed. They were all wonderful.

Stacie Calkins brought her powerful, passionate voice to bear, a thrilling counterpoint to Laurie Clothier’s polished elegance. LaVon Hardison, who is, like the other two, an amazing vocalist, not only nailed Horne’s earthy, sultry style and timbre, but coincidentally looked surprisingly like a beautiful, young Lena Horne. Any one of them would have been worth the price of admission; the fact that we had three amounted to delightful overindulgence.

Backing them up was the redoubtable David Duvall leading an eight piece orchestra that included Cary Black, Bill Branvold, Bruce Carpenter, Rich Cole, Don Dieterich, Steve Mostovoy, and Milo Peterson. And yes, they are as critical a part of this terrific production as are the singers who get the spotlights.

As usual, it was more than a mere concert. The between-songs patter presented a very informative recap of Horne’s personal life and career in bite-sized fits, adding yet another dimension to an already stellar performance.

If you missed it, shame on you, but don’t worry; there’s more to come. Duvall will be bringing It's A Good Day for Miss Peggy Lee to Centerstage on April 13th, 2013 and Reflections of the Supremes on June 29th,2013.

As before, these are one night only performances, so I will repeat my sage advice. Click on this link: Centerstage. Buy tickets. Be there.

You will thank me.

Posted by Dresdner's Theatre Reviews at 10:00 AM