Who's Afraid of Virginia Woolf at Lakewood 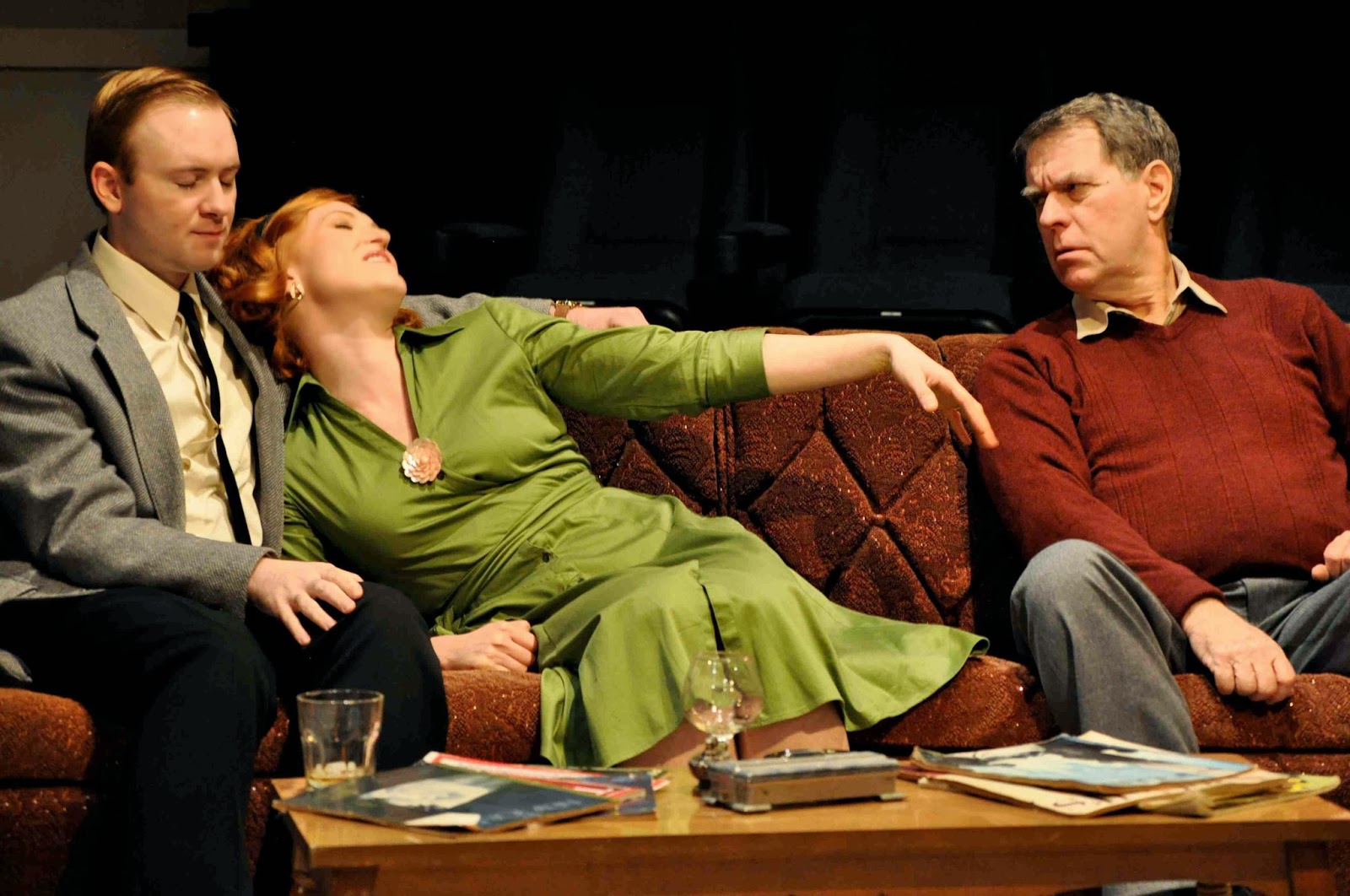 This month, Lakewood Playhouse has chosen to put on Edward Albee’s Who’s Afraid of Virginia Woolf, a play that is widely acclaimed, yet not easy to watch. It takes the audience deep into the midst of a dysfunctional marriage mired in not physical, but rather emotional sado-masochism.

This is hardly the first work in which an artist, in this case a playwright, intentionally pushes the audience well outside their comfort zone in an attempt to show a particular slice of life, engender a gut response, or simply shake up viewers. Thus, while it is a finely crafted play that is well executed by this director, cast, and crew, it is nevertheless, not for everyone.

Perhaps I should stop and quickly explain my goals in reviewing a play so you understand how this can be helpful to you.

First, I try to give you enough information about the play itself to decide if it is the sort of thing you would want to spend time experiencing. Second, I give you an idea of how well or poorly it was executed.

Not surprisingly, there are some plays that get rave reviews for their craft but are not going to be your cup of tea, and frankly, this may be one of them. Let’s dive in so you can decide.

George (Steve Tarry), a rather plodding college professor, and his wife, Martha (Brynne Garman), the daughter of the college’s president, are in a long marriage that has devolved into an almost constant game (his oft-repeated term) of alcohol-fueled verbal and emotional assault on one another.  They have very different styles of attack; he is witty, droll, passive-aggressive, and erudite, while she is a somewhat traditional manipulative harpy who alternately purrs, snarls, swears, and screeches.

Nor do they take a break from their hostilities when they invite a new young professor, Nick (Niclas R. Olson) and his sweet, naïve wife Honey (Kirsten Deane) over for drinks. As the night wears on, the older couple turns from their mutual destruction to attacking their guests, after first drawing them in to discover sufficient information to be able to truly hurt them. As Nick gets drunker, he responds combatively in kind, while his wife repeatedly retreats to the bathroom to vomit out both the pain and the alcohol.

In time we get the sense that some of this vituperation is for show, some for the sport of the game, and perhaps some to elicit a response from their guests. Still the “game” is played with verbal barbs that are not blunted for safety, and everyone gets wounded. However, at the very end of the play it becomes clear that, at least for George and Martha, this really is a game; a dangerous one, perhaps, but one they can put away at the end of the night and envelop back into their marriage of need, if not love, for one another.

Larry Albert’s directing was excellent, as was the very challenging work by the small, four-person cast. Tarry, who as George gets the cleverest lines of well-crafted word play, did a wonderful job of bringing an overlay of calm and an almost Will Rogers style wisdom to the maelstrom. With a mature aplomb, he’d slide his barbs in like a shiv, leaving the more direct battering to Garman’s Martha.  Olson and Deane did a fine transformation from fresh-faced and sober to decaying drunks, a change that was particularly well nuanced by Deane’s innocent Honey.

A simple, appropriate set (James Venturini), lighting (Amanda Swegen), set dressing (Hally Phillips), and sound (John Burton) all helped create the scene. Diane Runkel’s costumes established the time period nicely, with Nick’s iconic tie almost single-handedly telling us the year. In short, it was an excellent production, if you like that sort of thing.

And there’s the rub. If theatre for you is something to make you cheerful at the end of the night, this play won’t do it. However, if biting drama that will take you through realistically gut wrenching emotional upheaval is a ride you favor, come see Who’s Afraid of Virginia Woolf at Lakewood Playhouse.